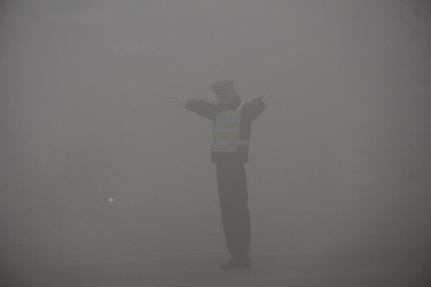 Smog is a portmanteau of the words smoke and fog. The word was intended to refer to London’s pea soup fog. This smog is caused by burning large amounts of coal within a city and contains soot particulates from smoke, sulfur dioxide and other stuff. Modern smog is a type of air pollution derived from the emissions of internal combustion engines and industrial fumes that react in the atmosphere with sunlight to form secondary pollutants that also combine with the primary emissions to form photochemical smog. The atmospheric pollution levels of Los Angeles, Mexico City and other cities are increased by inversion that traps pollution close to the ground. It is usually highly toxic to humans and can cause severe sickness, shortened life or death. I wonder what post-modern smog will be like? -wikipedia